What if we could all be kids again? How many things do you think would be different?! An infinite list of stuff yet to start from somewhere we could all perhaps be more free by being less tied up in rigid opinions with which ourself (or sense of self) has by now so strongly identified with. Can you imagine the liberation?!!?

How much lighter would you be, feel or live if you freed yourself one fine day of the many solid opinions you have collected, carried and labelled as “mine” over the years? Think of the so many topics you have formed your own ideas over… What’s nice to wear, what is wrong in behaviour, what’s a decent job, what is unbearable, what’s just unacceptable, what’s the worst thing one can do, what’s the kindest thing to do and so on..! All these endless convictions and passions of opinion merely block us and lock us into certain mindsets and forms of being which are ego-bound and limited therefore limiting.

On top of that, even having the best of ideas, the idea alone of being locked into one side of the coin and not being able to advocate for, or at least hear or see the other, totally negates those once great ideas in the first place. Being concrete on our thoughts and advancing, promoting, putting forward and supporting them vigorously often feeds our ego in a very subtle way. This is because we may be preaching the most righteous of words which runs the danger of throwing us into another trap of the ego: that of perceiving ourself as better than others; the minute one feels this way this is not only an ego-based illusion but in fact discrimination. We must remember that there’s nothing that feeds the ego more than being right!

Looking at my 2-year old I realise she is at this stage still very free of opinions and though many parents wish to see their kids grow up to be as opinionated as possible, I wish mine to remain as opinion-less as she currently is; to be knowledgeable, curious, interested and spirited yet untied to concrete ideas and thus truly humble! Not to see the world through conditioned pre-determined lenses but through liberal eyes of compassion. To approach others as she does now: without any bias, eager to just be, thirsty to explore and ready to embrace.

Let us all observe more and think less. Let’s all aim to put aside emotions of superiority (or inferiority) and replace them with a simple flow of flexibility which will grant us real freedom in return! Let’s all treat each other more like colourful children in a magical play yard than as colourless adults in a serious suspicious game of power. So at the end of the day, let’s all be a bit more like kids again! 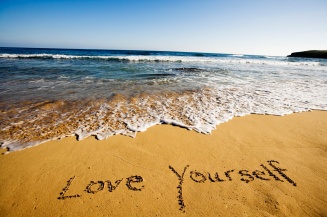 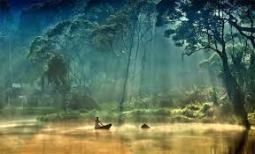 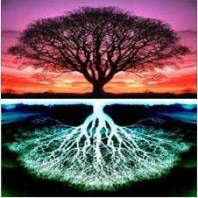