It is all deeply sad I am sick. I AM SICK of it all…I am even sick of people turning this into a game of politics. This is about humanity…and humanity going wrong. This is not about left-wing or right-wing or red or blue or yellow. This comes down to the core element of the big ego of people…the irresponsibility of those in positions (….or not), living proof of the fact that humans are really starting to lose the game…and instead of all this being a wake up call to all, (to “fkiolin” tous pale….), it is just another event/opportunity to become more fanatic all over again from scratch….make this collective ego and paranoia bigger anD bigGER AND BIGGER! It was not enough to make them see through and beyond all this and keep their eye on the ball..on the real ball!

The whole universe, the whole world is undergoing a crisis….it is telling/asking of us to WAKE UP!!! Europe and America-financial crisis, Japan- natural disasters (tsunami), the ozone layer is not just a hole nowadays, it’s probably nearly disappearing…not to come to Greece and the ongoing internal and external catastrophic situation there, of a country whose natural beauty is second to none and has nothing to be jealous of any other country in the world!

Now THIS, the self-destruction of our little island…if you look around from a bird’s eye view, from a more “spiritual” level, (if for a minute you are just the free spirit we all are or at least ought to be, flying on top of all this observing this planet earth..this poor planet earth-which is what we should all us a team work for- the P L A N E T!!!), on some parts of it -an economic crisis, in other parts -nature rebelling, and we in Cyprus, (like another pawn in the game) are committing suicide! Through acts of the people that sit in the chairs that govern us, and through our own ignorance, shown by the fact we started already “adjudicating” and bothering about left or right wing…and not seeing the bigger picture, the bigger message….

We should ask: “why are there people like this, acting like this?” And not “why are there left-wing people, acting like this?”. No one can truly convince me that all this that is happening around us is due to humans that are either of this political party or from the other…All this is happening due to humans…that forgot what it is like to be just that…to be “human”.  All political parties are a form of madness, a caramel they feed us with. If you are right-wing they feed you with this taste. If you are left-wing, they feed you with another. Giving you what you need to hear. Allowing you to suck it long enough until you become addicted. And they do become addicted! They promise them personal interests too…that way the “me”, “my”, “mine” is fed while they give away their vote and continue this on-going madness on this planet.

What is the need for all this? We are all, at the end of the day, going to live on this planet for what a maximum of 100 years? Why not work collectively for the good of the planet as a whole? We are not trying to make our own country the best, we are not aiming to be in power….in power of WHAT? Of what??? Of EXACTLY WHAT? We are all dust in the wind….and I will die one day, and you will die,  and so will Christofias die and so will Anastasiades…

After all, we are all just dust in the wind…living our own little chapter of a lesson. Let’s protect each other, and the planet, so that it can welcome our generations to come, when they come for their small chapter of a lesson! Simple as!

From my bird’s eye view, it is not just Cyprus, but the whole planet that is not going well. We were brought into this world and started off in nature, breathing fresh oxygen and being near to animals, being close to and respecting the soil and land that hosted us, those were the roots of humans…

Over the Centuries, we are machines, competing, biting one another, as if what we have come here to learn is how to kill each other, stab each other, trick each other, as if that is the only way to be important…. feeling guilty and weak at signs of emotion, avoiding public displays of love as if it is shameful and disrespectful….forgot to laugh and be free because “according to the norms of the collective society, you are then mad”.

We have become plastic and people are not plastic. Humans deep in their heart are still in touch with their human side, no matter how much things go the opposite way. One can rub their human side away, but one can never truly erase it. I pray and send energy and love to this planet, to this world, to our island and remain hopeful that this event that found our land, which we attracted, with our actions and thoughts and feelings….that it will be our saviour-in-disguise, to reflect inside to our inner wisdom and realise it’s time to start from zero…to set things right, for us, for the planet, for humanity, for our children and generations to come. Unfortunately it has cost some people’s lives, to save the whole….but after all that’s why we call them Heroes…because of the heroic impact they have in our hearts and souls…and not because of the big statue standing one day in a famous square.

May they see all this and not get lost in their fanaticism and ego….because then these “heroes” have died for nothing….and their statues put up and standing in a famous square…will only be something they pass by on a run to their busy stressed lives, where they will go to produce money to feed the system, to buy the things they never had in the past but which they now convinced them they are actually “necessities”, and continue to compete in the battle in killing one another on a small scale and the planet on a bigger scale.

What we are experiencing now as a nation, is something that reflects the whole world. All the countries. All the attitudes of the people to mother earth and their fellow humans. Another fire in the volcano we have created.

All we need is love. The rest is man-made, out of which “Less is More”. 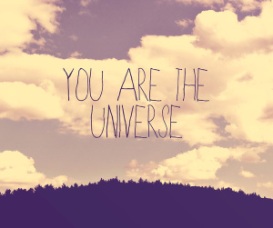 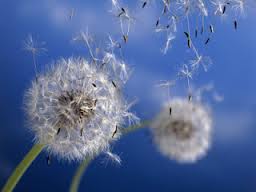